Warning: "continue" targeting switch is equivalent to "break". Did you mean to use "continue 2"? in /nfs/c01/h06/mnt/9043/domains/dockarecords.com/html/wp-content/plugins/jetpack/_inc/lib/class.media-summary.php on line 87
 DockaRecords - Page 6 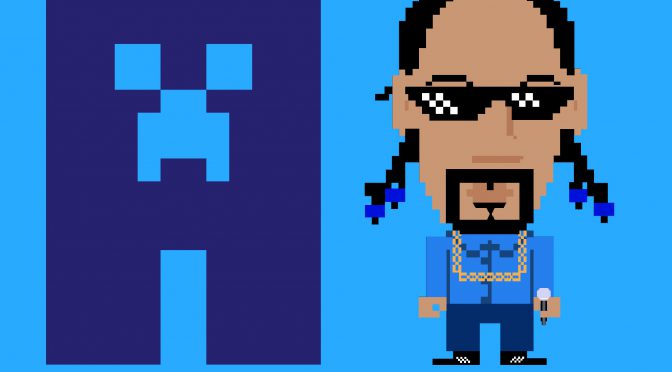 The 1st all-remixes release of ‘Let Me Hit It” by DOCKA featuring Snoop Dogg on DOCKA Records comes just in time for festival season. The release has already seen 5 weeks of charting on Beatport under electro, tech house, trap, nu-disco as well as the trap remix and is also sitting on the Billboard Dance charts at #46 from 6/18/16 issued date. The story about an alien (DOCKA) from outer space coming to save dance music from its eminent destruction continues through “Let Me Hit It”, produced by Southern California’s DOCKA featuring the lyrical genius Snoop Dogg.

Taking reigns on remix duties Italy’s Federico Scavo & GloVibes join forces to create a driving house music remake that completely transforms the original vocals into a fun, bouncy and playful trip with creative drum work and a fancy edit to the vocals. Donald Glaude gives his original remix a full 360 attacking the woofer and bringing back the rave whistle! Recently inducted by Dim Mak, Atom Pushers teams up with 5YNK bringing the heavy Colorado vibes and wobbles completing the non-stop party pack.

In addition to the great music pack, “Let Me Hit It” is accompanied by a developing story with each release, provided by Los Angeles based television and feature film writer, Russ Taylor.

Needless to say this is very exciting for us to find out and announce!
Our latest Docka Records release “Let Me Hit It” by ‪#‎Docka‬ featuring Snoop Dogg having held 4 spots on the Beatport charts and presently the Contrvbvnd remix track is holding steady in the top 50 in Trap! Beattracker

Thank you for your support! To hear the rest of the mixes and support the ones you like -> Beatport – Let Me Hit It
Hotfire | ‪#‎Contrvbvnd‬ | Donald Glaude | Dany Cohiba Artist Page | MINDSKAP
Clean mixes + Remix 2.0 release coming soon!! 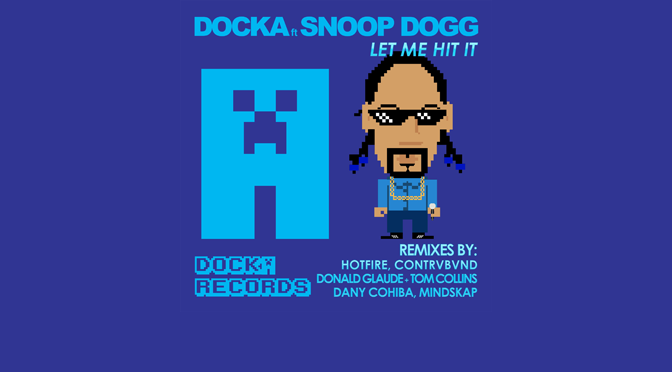 The story intro: A comet soars across the Milky Way, sending a message. A warning to planet Earth from Docka, the new savior of the galaxy. There is impending doom brought on by Docka’s arch nemesis, Wocka. He would like nothing better than to destroy the earth unless Docka can stop him in time. Docka is an alien who crashed on Earth after a space battle with the evil Wocka. Agents disguised as ordinary people try to kill Docka on Earth and stop his widespread brainwave communication. Not only does Docka have extraordinary mental powers, his entire body is made of tiny particles that give him massive healing, strength and stamina. He spreads his love of music to the masses until one day; he will be rescued from his home planet. Docka works with different human artists and elements to produce songs on Earth. The songs are transmission signals, sending messages back to his home planet so he can be rescued. The home planet is also Docka. The people don’t have names. They are all one. They are all Docka.

LET ME HIT IT – DOCKA RECORDS
DOC005
The low level intensity of a buzzing sound jars Docka from his sleep. Bright green lights pouring down on him, decreasing his comfort level even more. He looks around the space with no recollection of how he got there. He calls out. No response. It is just Docka in a room filled with the most amazing plants. He inhales their magical scent. His eyes widen with pleasure. Aaaaaaaah. He snaps the tip of a branch off and studies it. The texture interests Docka. The scent intoxicates him. He pops it in his mouth. Although the taste is not as pleasing as he had imagined, he chews and swallows the bud.

‘Where am I?’ he thinks to himself. The memories of how he arrived here escape him as the continuous buzzing of the lights above drown out all thought. After picking another handful of the magical plant, he makes his way through the plants in search of an exit.

Towards the back of the room, he sees a wall. As he closes in, the outline of a door can be made out, followed by a handle. He reaches out his hand, but just as he is about to make contact, the door flies open, sending Docka tumbling to the ground.

An ominous figure closes in above him. ‘Who tha fuck are you?’ the figure asks as he exhales a copious amount of smoke in Docka’s face. Docka coughs, but with each inhalation, a light-headedness trickles into his brain. A smile spreads across his face. As he gazes onto the visage of this most unusual creature with a long neck, even longer limps and the longest dreadlocked hair. The figure speaks again. ‘I said…who…tha fuck…are you?’. ‘

‘Oh’ Docka says, before releasing the goofiest laugh of his life.

‘Yes. My name is Docka’ he responds.

‘Well I’ll be. Docka. Homie’. The figure replies as he hands Docka a tiny wand like device with a burning tip. ‘I’m Snoop’.

‘What planet are you from, homie?’ Snoop asks.

Docka moves close to Snoop, invading all sense of space. From most, this would be an aggressive move, but the openness with which he approaches is calmning. Their eyes lock as Docka raises a finger to Snoop’s right eye.

Flashing images of his home planet and his mission fill Snoop’s mind.

Snoop is blown away by what he has just experienced. ‘Whoa. Docka. What a beautiful mission’ he says, looking deep into Docka’s eyes. ‘I’ll do whatever it takes to help you’. He pauses. ‘But how did you get on my plane’?

‘Yeah my airplane…we high in the clouds… we headed to Dubai’ Snoop answers.

Docka looks around at the plants filling the space. ‘Why is there a jungle on an airplane?’

Snoop inhales. ‘Because I’m Snoop. I grow where I go’.

Docka lights up. ‘Oh. You are the farmer of these plants.’
‘Yeah. You could say that’. Snoop replies.

‘On my home planet we grow many varieties of healing plants. I could demonstrate many hydroponic techniques to assist you in taking this to its next level’ Docka offers.

Madeline, a sexy flight attendant enters the greenhouse and informs Snoop that the plane will be landing in Dubai soon. Snoop and Docka make their way to the main cabin and take their seats. ‘Buckle up’ Snoop says looking at Docka, who holds the straps with a confused look on his face. Snoop reaches over and fastens his seatbelt.

‘Docka’ Snoop asks ‘What kind of a passport you got from that planet of yours?’

Moments later, safely on the ground in Dubai, Snoop emerges from the plane, greeted by a thousand blinding flashbulbs. Two assistants carry Docka, who holds his breath and frozen pose for a statuesque appearance. As they approach customs, they are greeted by two officers. ‘Welcome back to Dubai’. Snoop instructs the assistants to load Docka into the Lamborghini that awaits. The officers stop him. ‘What is this?’ one asks. ‘Oh this…’ Snoop struggles for a response. ‘This is Docka. It’s a part of the show…you can get ya own on Amazon’. The customs officers watch in awe as Docka is loaded into the Lamborghini.

Suddenly an army of black sedans swoop in. Agents can be seen inside of them. ‘Damn’ Snoop proclaims ‘They take their weed seriously here’. Docka leans in close ‘They are not here for you. They are here for me’. Snoop looks around, assessing the situation. ‘Well nobody fucks with my Docka’.

He takes an enormous hit off his joint. When he exhales, a massive amount of smoke pours out of his mouth. It is supernatural in appearance. There is enough to create a smokescreen, giving them the chance to disappear. Snoop jumps in the Lamborghini, turns on some music and races away.

The black sedans waste no time in pursuit, emerging from the smoke, right on their tails. Snoop leads them on a chase throughout the city. Racing in and out of traffic, both cars and livestock, Snoop shows mad skills behind the wheel, but hard as he tries, he can’t lose the agents. He drives into a souk. Shoppers dive out of the way to avoid being hit. Snoop is pulling away from the agent’s cars, but suddenly slams on the brakes in front of a food vendor. ‘I’ll have three kabob and a manousheh’. Snoop takes the food, enjoys a savory first bite, notices the agents closing in and hits the gas. The Lambo once again pulls away from the sedans.

As the sedans shrink into the rear view, Snoop offers Docka another hit off the small tiny wand. As Docka inhales, Snoop places his arm around him and says. ‘Docka. I think we are going to be very good friends’.